It views the body as a whole instead of isolating the individual parts. From this view it sees the body in a larger format like a network of multiple functioning organ systems. Each organ system is connected by channels in a network to communicate together physically and functionally. 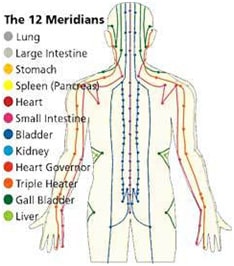 How does acupuncture work?

There are six main paired organ systems. Each organ has its own network of channels that pertain to its natural function. If one of these networks is out of balance it affects the whole system network.

If using a car as an analogy; the car is also a sum of its parts. If there is something wrong in the fuel system, then the other systems in the car will be affected and the whole car won’t function well. Without repairing the core problem the other problems can’t be fixed. It can be partially repaired but it won’t have long-lasting results.

Acupuncture is the main method of correcting the progression of disease.

It is recommended as effective treatment for acute conditions, long term or chronic conditions, and for maintenance of good health. The World Health Organization (WHO) has published an official report listing more than 30 conditions successfully treated by acupuncture.

Modern science explains acupuncture as a method to stimulate the nervous system to release chemicals in the muscles, spinal cord, and brain. These chemicals will reduce pain signals, or trigger the release of other chemicals and hormones which influence the body’s own internal healing and regulating systems.

It uses fine disposable needles that are usually inserted at a shallow depth into the skin on prescribed points along the body channels. The chosen points depend on which organ system needs attention the most. In some treatments the acupuncture needle is not inserted at all, only held on the surface of the skin. There are several styles of acupuncture but the Japanese style is known to be the most gentle and pain free.

There are no adverse side effects from acupuncture.

If acupuncture is administered by a qualified practitioner there should be no side effects or negative events following a treatment.

Many of my patients after having successful treatment for a particular condition, continue to have acupuncture to maintain their health, protect their immunity and to build ongoing vitality. 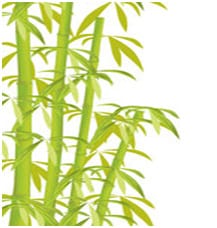 East Asian Medicine also has a unique view about diet and herbal therapies. It defines the how the body pertains to the five elements of nature; water, wood, fire, earth and metal. Once your constitution or five element picture is determined, specific diet and herbal recommendations are recommended individually.

With these concepts in mind, East Asian Medicine is truly a unique a whole body system treatment. Since it is a gentler form of medicine an average course of treatment is 2- 6 months for a long term problem. I have seen significant pain relief in one treatment or may take several. A recommended whole body system health plan includes a diet and herbal therapy based on your constitution, plus Qi gong exercise and acupuncture treatments.

Even though the ancient emperors of China maintained their vitality and health by keeping an acupuncturist within their core counsel, you don’t even have to believe in it for it to be effective. Many animals receive acupuncture regularly and successfully.

East Asian Medicine’s focus on core body health is the most comprehensive form of medical care to preserve and maintain vital health without medical risks.